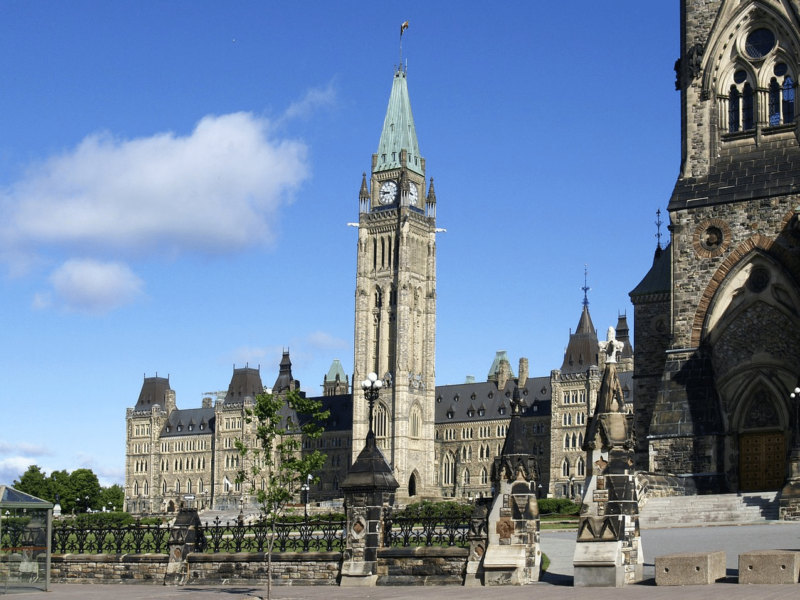 The Ottawa-Gatineau census metropolitan area (cma) is the 6th largest in Canada with 1,323,783 population according to the 2016 census. The majority of Ottawa is English speaking, while in Gatineau, French is the most spoken language. Ottawa is the capital city of Canada, which together with Gatineau forms the Ottawa-Gatineau census metropolitan area.

The total population density per square kilometre is 195.6. There are a total of 571,146 private dwellings in Ottawa-Gatineau, and 535,499 private dwellings occupied by usual residents or permanent residents. The most common type of dwelling is single-detached houses with 240,120 recorded. The average household size is 2.4.

For the population over the age of 15, there are 622,065 who are married or living common law, while 474,530 are not or never married. Married couples outnumber common-law couples with 238,630 married and 65,635 common-law. There are a total of 61,465 lone-parent family households with females as the lone-parent vastly outnumbering the males. There are 47,845 lone female parents and 13,624 lone male parents.

Christianity is the biggest religion in Ottawa-Gatineau, the majority of which are Catholics at 38.4% of the population. Here is the breakdown of the most common religions in the region according to 2016 census data.

Arabic is the most common language used by the immigrants in Ottawa-Gatineau. The top 3 most spoken languages in the region are the following.

The recent immigrants from 2011 to 2016, still have Arabic as the most common language spoken, with Mandarin still at the second spot. Spanish was replaced by Filipino in the third spot.

Ottawa became the capital city of the Province of Canada in 1857, and when the British Commonwealth took over 10 years later, it retained the same status. It was originally a trading and lumbering town. By 1914, Ottawa’s population grew over 100,000.

The lumber industry waned in the early 1900s as both supply and demand lessened. In the 1980s, large tech companies formed in the city, and Ottawa became the Silicon Valley North.

Gatineau derived its name from the Gatineau River, which was named after a fur trader, Nicolas Gatineau, who reportedly drowned in its waters. Gatineau was incorporated into a city in 1975. By the mid 19th century, steam-powered lumber mills became the centre of its economy.

It brought more people into the city from other parts of Canada, and all over the world. Today, it continues to be one of the biggest cities in the country and the fourth largest in the French-speaking province of Quebec.

Ottawa, Canada’s capital city, is both beautiful and dynamic with a myriad of sights and experiences to explore. From the historical buildings, lavish parks and rich museums, Ottawa is one of the must-see places in Canada. There are so many things to do, but here are the top 3 sites you should visit according to TripAdvisor.

The Parliament Hill and Buildings consist of three gothic buildings on top of a 170-foot cliff that overlooks the Ottawa River. It housed the offices of the members of Parliament, the House of Commons and the Senate. The attraction provides free guided tours that aim to educate visitors on Canadian history and its political system.

The Canadian War Museum is not only known for showcasing the history of Canada’s military but the unique architecture of the museum itself. The museum was opened in 2005 and showcases 500,000 materials related to the country’s military history. Tour and learn about the conflicts that shaped Canada, and the role the country played in shaping world history.

Rideau Canal National Historic Site is one of the oldest and most well-known landmarks in Ottawa. In the summers, you can enjoy boating in the waters or skate in it in the winters.

Gatineau is a French-speaking city and is Quebec’s fourth-largest city. It is home to some of the province’s best parks, museums and fun activities. Here are the top 3 sites to visit and experience in Gatineau according to TripAdvisor.

The Canadian Museum of History is a museum that features human history in Canada. Its galleries highlight the cultural diversity of the people of Canada from the past to the present.

This vast and scenic park is for visitors who want to take a walk, bike, ski or just relax on a random day. The MacKenzie King Estate is located in the park, which was where Canada’s former Prime Minister lived.

Jacques Cartier Park is located along the Ottawa River, affording any visitors a calming view of its waters. The park was named after French explorer Jacques Cartier.

Ottawa as the capital city of Canada is also the biggest contributor to the country’s key industries. Together with Gatineau, they form the census metropolitan area of Ottawa-Gatineau. Despite Ottawa being an English-speaking city, and Gatineau being French-speaking, the proximity of both cities made them share quite similar histories and industries that flourished throughout the years. Here are the top 3 industries in Ottawa-Gatineau.

Ottawa is one of the most-visited cities in Canada, with it being the capital and filled with historical buildings, lavish parks and rich museums. It is so visited that there is a demand for more people to join the hospitality industry to work in hotels and restaurants.

With its proximity to Ottawa, people who want to experience the French side of Canada, head to Gatineau. Thus, creating the tourism boom in the region. There is a demand for more workers in the hospitality industry, especially in Ottawa.

Healthcare and Public Service is another top industry in Ottawa-Gatineau with its big population. Canada is a country that offers free healthcare. Occupations like doctors, nurses, caregivers, etc are in demand. In fact in 2020, there was a critical shortage of home care workers in Ottawa.

Ottawa is considered to be the Silicon Valley North. Some of its focus in tech are aerospace defence and security, cleantech, communication technology, life sciences and smart-health, software, and cybersecurity. There are over 1,750 tech companies that employ over 68,500 skilled talents in Ottawa.

Ottawa’s cost of living is above average but still affordable compared to other cities in Canada. An apartment rent can range from $1,200 to $1,600 depending on the location and number of bedrooms of the real estate. Utilities can average to $150 per month, and internet $72 per month.

Housing is much more affordable in Gatineau. Apartment rent can range from $680 to $1,380 depending on the location and number of bedrooms in the unit. Utility bills are about the same in Ottawa at around $150 per month, as well as internet at $72 a month.

Here are the five most common occupations in Ottawa-Gatineau and the corresponding number of people who work for the occupation listed.