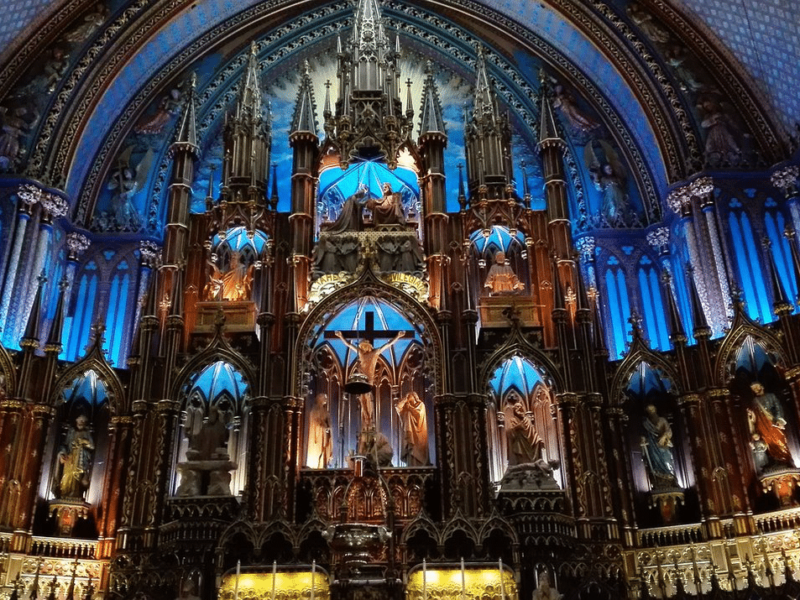 Montreal is the second largest city in Canada. It occupies three-quarters of the Island of Montreal. It is the largest French-speaking city, second only to Paris.

It was formerly the commercial capital of Canada but was surpassed economically by Toronto in the ‘70s. It is consistently ranked as one of the best cities to live in in the world. Learn more about Montreal, and why it’s considered a world-class city.

Around 54% of the adult population are married or living common law, while 46% are not or never married. Around 18.5% of children are living in lone-parent households, the majority of which are female at 77% of the lone-parent population.

Like most cities in Canada, Montreal is a very diverse metropolis. Around 34.2% of Montreal’s population are visible minorities. As of the 2016 census the following are the top 10 ethnic origins in Montreal:

The most spoken language in Montreal is French, followed by English. Here are the top 10 languages used in the city as of 2016:

Christianity is the biggest religion in Montreal, specifically Catholic Christianity. The following are the religions being practiced in the city followed by their corresponding percentages in the population:

Montreal has been one of the top destinations for immigrants in the last few decades. Around 23.4% of its population are immigrants. According to 2016 census data these are the top places of birth of immigrants in Montreal:

While the recent immigrants from 2011 to 2016 come from the following countries:

Montreal was the most populous metropolitan area in Canada for a century and a half. It started out as a missionary centre named Ville-Marie before it became a significant fur-trade centre due to its strategic location near the St. Lawrence River. In the 1700s, less than a thousand people lived in Montreal, but it soon grew to around 5,000 by the early 1760s due in part to immigration and encouragement to settle by the early French government.

A battle between Britain and France took place in Quebec city in 1759, which was won by the British. The following year in 1760, Montreal surrendered to the British. In 1775, American Revolutionary forces occupied Montreal.

Due to the American Revolution, English-speaking loyalists immigrated to parts of Canada, including Montreal. The role of Montreal in the fur trade ended when it was decided that it was cheaper to ship furs through the Hudson Bay.

Despite the loss of the fur trade, Montreal expanded its role as a transportation centre and shifted to timber and agricultural goods. Eventually numerous manufacturing plants were erected in the city that produced alcohol, flour, sugar, clothing, wood products, etc. The population grew to 90,000 by early 1860s. The Canadian Pacific Railway and British Columbia Railway headquartered in Montreal by 1886, followed by the Canadian National Railway in 1923.

Montreal continued to grow as a city, until it became the busting metropolis that we know of today.

Top 3 Things to Do

Montreal is a city filled with both the old and the new. Endless activities and sights are abundant in the city. Even walking around the metropolitan district is already an unforgettable experience with historical architecture abound. According to TripAdvisor, these are the top 3 highest-rated things to do in Montreal.

This park was opened in 1876, designed by the same person behind New York’s Central Park, Frederick Law Olmsted. If you enjoy botanical views and bird-watching, this place is a must for you. Even if you are none of those two, the hike around the park will surely invigorate you with stunning views of nature.

If you want to see what Montreal looked like in past centuries, visit the historical neighborhood of Old Montreal and be transported back in time. Rich and well-maintained architecture are a sight to behold. Tourist guides are at your disposal to narrate and help you navigate around Old Montreal.

Built in 1656, the Notre-Dame Basilica is Montreal’s oldest Catholic church. Regardless of your religion, the detailed interior with stained glass that chronicles the city’s history will leave you breathless in amazement. There is also a light show that you can enjoy if you want your experience to be extra magical.

Montreal is the biggest economy in Quebec and second in entire Canada. In 2015, it contributed $193 billion in GDP to Quebec’s $370 billion total. From its history as a fur trade, Montreal grew to become the biggest city in Canada before it was surpassed by Toronto in the 1970s. Now, it continues to be one of Canada’s economic centers with the following top 3 industries:

Montreal is the fourth largest manufacturer of aerospace parts and equipment around the world. The city boasts over 200 businesses related to aerospace. Aerospace is Quebec’s leading export industry with over $10 billion in shipments per year. What makes Montreal an attractive city for aerospace manufacturing are skilled and bilingual workers, free-trade agreements, monetary incentives, competitive operating costs and specialized training for individuals in aeronautics.

Visual effects or VFX is a booming industry in Montreal. Some of the most popular projects you’ve probably heard of made by teams in Montreal are as follows:

The industry grew 88% since 2017. The city signed $5 million worth of VFX contracts in 2018. There are over 21,000 2D/3D experts in Greater Montreal, with the numbers growing fast each year from leading universities producing experts in tech and digital art.

Montreal is the fifth-biggest video game production city in the world. Since the arrival of Ubisoft in 1997, the city has consistently attracted major companies in the gaming industry including EA, Gameloft, WB Games and 2K. The number of companies in the gaming industry has grown 42% since 2015 in Montreal. From high-skilled talents, world-class university training, booming IT and virtual reality ecosystem, competitive operating costs and tax credits, it’s no wonder gaming companies are flocking in Montreal.

According to insurance comparison site, lowestrates.com, the cost of living in Montreal is estimated to cost $2,370.63 a month or $28,447.56 annually.

Groceries are estimated to cost $200.72 a month based on the average household expenditure of $193 per person in the 2017 census. A 2% inflation is added which is how the average of $200.72 is calculated.

With its booming economy, Montreal’s employment rate continues to stay strong throughout the years. In the 2016 census, the percentage of unemployment was only 7.5%, which is one of the lowest in the country.

According to the Quebec government, there are labour shortages in nursing, computer engineering and heavy equipment mechanics. Due to labour shortages, companies like Costco have resorted to new incentives like increasing the minimum wage to $15 to $13.

Although COVID-19 has affected Montreal’s economy, it is recovering and the unemployment rate is expected to fall down in the next coming months to return to its previous state.

Benefits of Studying In Canada