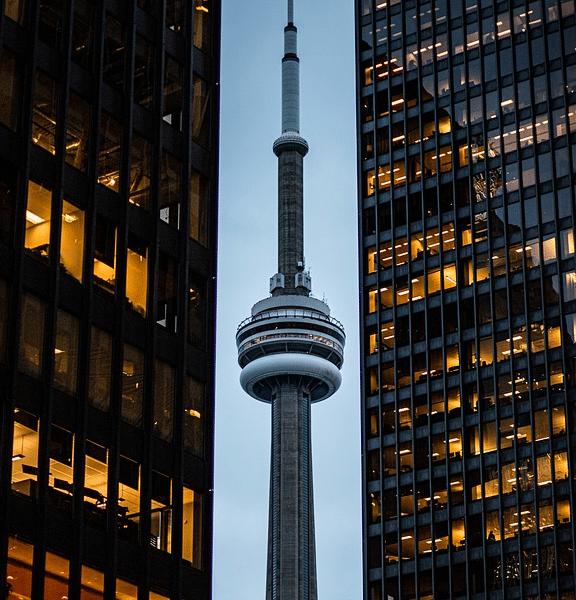 Toronto is the most populous city in Canada. It is located in the province of Ontario, on the northwestern shore of Lake Ontario, which is part of the border between the US and Canada. From a provincial town, Toronto has become a thriving metropolitan area mostly from its strategic location. It’s at the edge of some of Canada’s best farmlands with a climate that’s good for growing a variety of crops. Because of this, Toronto has become a transportation, distribution, and manufacturing centre.

A report done by the Ministry of Finance based on the projections in the 2016 census, Ontario’s population will increase to more than 10.2 million by 2046. Around 82% of the predicted population increase is accounted for by migration.

According to the 2016 census, females at 52% slightly outnumber males at 48%. Life expectancy for females at 86.6 years is slightly higher than males at 80.3 years.

According to the 2016 census, 51.5% of Toronto’s population are visible minorities, which is defined by Canada’s Employment Equity Act as “persons, other than aboriginal peoples, who are non-Caucasian in race or non-white in colour”.

Toronto is a multicultural city, with a diverse mix of people coming from different ethnicities, backgrounds from all walks of life. Below is a quick run-down on some of the city’s colourful demographics according to the 2016 census data.

The top 10 ethnic origins of the population in the City of Toronto are as follows:

The diversity of Toronto is evidenced by the more than 200 different languages used by its residents. Here are top 10 of the most commonly used languages in Toronto:

The most common religion in Toronto is Roman Catholic at about 33.4% of the population according to statistics Canada. Followed by Protestants at 21.2%, Islam at 5.5%, Christian Orthodox at 4.9%, Hinduism at 4.1%, Judaism at 3.5%, other Christians at 3.9%, Buddhism at 2.1%, Sikhism at 1$, and other communities. A large number of the population at 16.6% reported having no religious affiliation.

Toronto was ranked third as the best LGBT city in the world in a 2017 report. In the 2016 census, 3% of adults in Toronto over 18 self-identify as homosexuals, and 2% as bisexuals. There is growth compared to 2% and 1%, respectively in the 2008 census.

Here are the top 10 countries of birth for foreign-born all immigrants in Toronto as of 2016:

In 2016, the number of refugees or protected individuals arriving in Toronto peaked at 11.4k from the usual 7.5k annually. Non-permanent residents which include temporary residents, refugee claimants, etc. accounts doubled in 2016 at 103k from 58k.

The first inhabitants of Toronto can be traced back to the last ice age. However, its urban roots only happened in 1793 when colonial officials from Britain founded what was then called the Town of York. Eventually, the village grew and became the City of Toronto in 1834. Through evolution and expansion, Toronto has now become a giant metropolis considered to be one of the most livable and most multicultural cities in the modern world.

The evolution and demography of Toronto were shaped by the major economic and political history of the province of Ontario. There was an influx of Protestants who came to live in Ontario after the American Revolution (1775-83). As the city expanded, immigration continued many of whom were from across the United States and Europe, and the majority of which are English-speaking and Protestant.

After World War II (1939-45), thousands of people immigrated to Toronto, most of whom came from Europe between 1950 to 1960. By the 1970s, immigration laws became laxer, thereby attracting more immigrants from other places like South Asia and China.

Toronto is a vibrant city filled with endless choices of activities for tourists and residents alike. Here are three top-rated attractions and things to do in Toronto according to site aggregator TripAdvisor:

Ripley’s Aquarium of Canada is a public aquarium and is a crowd favourite in Toronto. It is located at 288 Bremner Boulevard, Toronto, Ontario, which is just a few minutes away from the CN Tower. It is accessible from the Union subway station through the SkyWalk pedestrian pathway. The viewing tunnel contains more than 5.7 million litres of water and over 100 interactive activities!

This island park is located a 13-minute ferry ride from downtown Toronto in Lake Ontario. It is a group of 15 islands interconnected by bridges and pathways. You can hike or bike around the island. Several lockers are provided with piers, gardens, boardwalks, etc. available as well. During winter, most facilities are closed with peak seasons from May to late September.

The most popular landmark in Toronto, the CN Tower is located in the downtown core of Toronto at 290 Bremner Blvd. It stretches 550m up to the sky with 147 stories. Visitors can walk across the glass floor on the 113th floor. After exploring around the tower, you can take a nice meal with a 360 view of the city in the Horizons restaurant.

Toronto is the most populous city in Canada with a vibrant and strong economy. It is the country’s business and financial capital and fast becoming a global destination for the services sector. According to a 2018 GDP report in Toronto, the following are the top 3 industries in the city:

Around 75% of the region’s workforce is under the finance and insurance industry as Canada’s largest financial center. It is the headquarters to some of Canada’s major banking, insurance and stock exchange institutions.

As the country’s largest city, it is no wonder that real estate is one of its biggest industries. And, with more people predicted to immigrate to Toronto in the next 10 years, this industry will stay strong in the year to come.

Toronto is home to some of the biggest tech companies like Amazon, Microsoft and Uber. These tech giants pour investments into the city year by year with more than $1.4 billion in new tech investment just in September 2018.

According to LowestRates.ca, a rate comparison site, the cost of living in the city of Toronto in 2021 is at $3,008.74 monthly or $36, 104.88 annually if you are a renter who commutes. But, it may vary significantly if you drive and/or a homeowner.

Transportation in Toronto as a transit-rider will cost an estimated $263.00 monthly. Here’s a list of the latest fares from LowestRates.ca:

The estimated cost of transit riders in Toronto is based on an average of $30 Uber rides x 4 a month, plus a 12-month adult pass.

Transportation cost as a driver in Toronto is estimated at $577.99 a month. Factored in to this estimate are car financing and insurance, license sticker renewal, parking permits, and maintenance.

Due to the COVID-19 pandemic, Toronto saw an increase in the unemployment rate in 2020. The lowest of which was 14.80% in July 2020. Prior to the pandemic, the city has an average of 5% to 6% unemployment rate yearly. However, in 2021, more jobs have been added to the economy posing the city for a total recovery.

Benefits of Studying In Canada