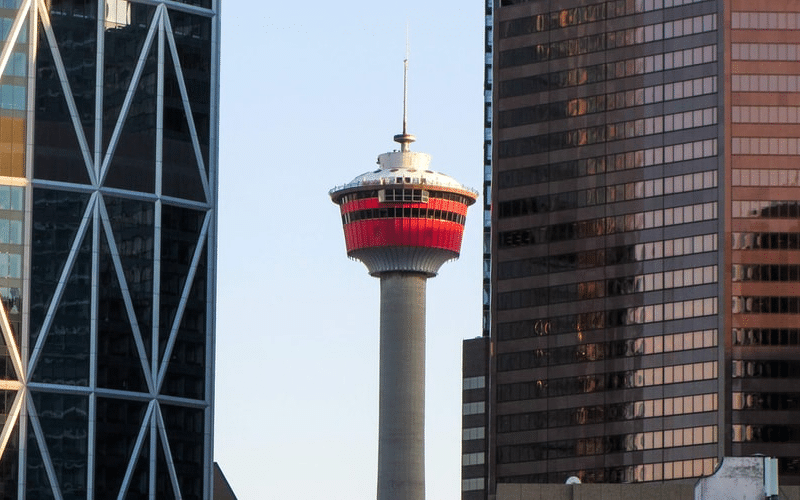 Calgary, a Canadian city in western Alberta, sits in an area of foothills and prairie at the junction of Bow River and Elbow River. It is around 80 km east of the Canadian Rockies, a scenic area at the easternmost of Canadian Cordillera. Calgary is the fourth most populous metropolitan area in Canada with over 1.3 million residents according to the 2016 census.

Calgary is the sunniest city in Canada with 333 days of sun in a year. The city is ranked as one of the top 5 best cities to live in all over the world for 10 years in a row according to The Economist Intelligence Unit’s Global Liveability Index.

Around 74% of the households in Calgary own their own homes. This is the highest homeownership rate among other metropolitan areas in Canada. Around 21.8% of the homeownership own condominium units, and the other 58.3% own single-family homes.

Of the population ages 15 and over living in private households, 58% are married or living common-law while 42% are not or never married.

Christianity is the most predominant religion in Calgary at 54.9% of the population, followed by no religion at 32.3%. Here are the top religions practiced in Calgary based on the 2011 census.

Around 29.4% or 404,700 of Calgary’s population are immigrants based on the 2016 census, which increased by 26.2% from the 2011 census. Here are the top countries according to places of birth based on the overall immigrant population.

For recent immigrants that came between 2011 to 2016, the Philippines remain at the top spot with the highest number of immigrants coming to Calgary. India and China still hold the 2nd and 3rd respectively. Here are the top countries according to places of birth based on the recent immigrant population.

Here are the top spoken languages by the overall immigrant population in Calgary.

The recent immigrant population from 2011 to 2016 still has the same languages at the 2 top spots, varying only on the third.

Calgary values the attraction of talent from all around the world as it is fundamental to the growth of the city. For years, immigrants have been attracted to other places in Canada for jobs and opportunities. Immigration has become the top source of the new population for most major places in Canada. million people, programs and services, 1.4 million

The North-West Mounted Police or Royal Canadian Mounted Police built a fort called Fort Brisebois on what is now known as Calgary. In 1876, the fort was renamed Fort Calgary after a town in Scotland.

Calgary continued to thrive in the late 20th century. Calgary University opened in 1966, and Calgary Transit began operating in 1981. Calgary hosted the Winter Olympic Games in 1988, which left the city with a legacy of infrastructure that continues to attract enthusiasts in winter sports.

Several tourist attractions including Glenbow Museum, Aero Space Museum of Calgary, The Calgary Tower, Heritage Park Village, and many more flourished in Calgary in the latter half of the 20th century. Calgary is also known as a shopping center with several major malls like Chinook Centre and Southcentre Mall thriving and expanding rapidly in the city.

Most tourists might head to Calgary for the Calgary Stampede, an annual rodeo, festival and exhibition that happens in July, or for the nearby Canadian Rocky Mountains. However, there are actually more stuff to do and sights to see in the city other than those two initially mentioned. Calgary is quite a scenic metropolitan sitting at the foot of mountains and prairies with rivers running through the city. Here are the top 3 things to do in Calgary according to TripAdvisor.

The staff are also dressed in historical costumes, and vintage cars and horse-drawn vehicles service the visitors around the site. It is the largest living history museum in Canada with hundreds of fun rides, exhibits, activities and restaurants to choose from. The historical village’s operating season is from May to October annually.

A 120-acre zoo with over 900 animals from different parts of the world. It is divided into seven zones, Destination Africa, Canadian Wilds, Penguin Plunge, Dorothy Harvie Botanical Gardens and ENMAX Conservatory, TransAlta Rainforest, Eurasia, and Prehistoric Park. The zoo is open every day except on Christmas day. It is the most visited zoo in Canada and the top zoo in the world for conservation research.

A ten-day event that takes place every year in July held in Calgary, which has proclaimed to be the “The Greatest Outdoor Show on Earth”. It is organized by thousands of volunteers and backed by civic leaders. It initially started as a rodeo and festival hosted by an American named Guy Weadick in 1912.

It merged with the Calgary Industrial Exhibition in 1923 to create what is now known as the Calgary Stampede. It has since then evolved and grown dramatically as a celebration of the Old West with a modern twist. The stampede was cancelled for the first time in 2020 amidst the Coronavirus pandemic.

Calgary is a city considered to be one of the most liveable in North America. While it is a major metropolitan city, it also has the advantage of having scenic outdoors. Calgary’s industry is a mixture of modern technology and environment or energy, both a mixture of city and nature.

Calgary aims to be the top choice city for the world’s best entrepreneurs. Here are the current top 3 biggest industries in Calgary.

Even in its early years as a city, Calgary was big in the oil industry since oil was discovered in the area. Now it has also become Canada’s natural gas producer. The city is considered to be a leader in the global energy transition.

It boasts some of Canada’s best geothermal, solar, bioenergy and wind energy sources. It is predicted that the city will spend $1.9 billion on new solutions and technology in the energy sector from 2019 to 2020. Over 70% of Alberta’s CleanTech companies are headquartered in Calgary.

Calgary International Airport is one of the country’s busiest airports. It is also one of the main hubs of Canada’s biggest airline, Air Canada. The city boasts expertise in geospatial data, navigation, equipment, software and hardware development in the aerospace sector. Aside from this, Calgary also has rail and ground access that connects the city to millions of customers.

Agribusiness or the sector that includes all activities related to farming is another top industry in Calgary. With the city’s ideal geographic location nearby huge outdoor spaces, access to water, and a sunny climate, Calgary has become one of the country’s leading experts in food production, agtech innovation, food safety, etc.

Although cheaper, the cost of living in Calgary isn’t that far behind compared to Toronto and Vancouver. Housing is reasonably affordable in Calgary.

Public transportation in Calgary isn’t as comprehensive as in other cities in Canada, thus a car is a good investment. A litre of gas will cost you $1.25 based on prices from 2018.

A meal at a mid-range restaurant can cost around $60, and groceries can cost $400 a month. For entertainment, a cinema ticket costs $14, and for health, a fitness gym monthly fee will cost an average of $59.

Although Calgary experienced an increase in unemployment with the COVID-19 pandemic, there were also employment gains according to March 2021 reports in the following sectors.